“I always had a dream, when I was studying in IIM Bangalore, to have a business that would list as a case study for Harvard textbooks. That dream got accomplished last week” – P C Musthafa at a Harvard Kennedy address on February 28, 2018. P C Musthafa is the founder of iD Fresh Foods and also the 50% stakeholder. His business plan is fresh, simple and noble. We unpack this inspirational man for you.

A taste of entrepreneurship

P C  Musthafa, founder of iD Fresh Foods, ran a small mithai business as a child. The capital of Rs. 100 came from his uncle and gave him some pocket money after all expenses. That was his first brush with business.

A teacher who believed

Being the son of a daily-wage labourer and an uneducated mom, meant that Musthafa as a child, did not care much for studies. He would walk four kilometers to reach school and they help his dad with his free time in the evening. Lack of electricity meant that there was no studying at night. He even failed his sixth standard exams!

But a teacher of his, Mathew Sir, believed in him and gave him another chance. He mentored him in his personal time. The result was that, not only did he clear grade sixth, but he stood first! He even stood first in his 10th STD exams. His good scores helped him do his 12th STD and engineering from Regional Engineering College with scholarships. 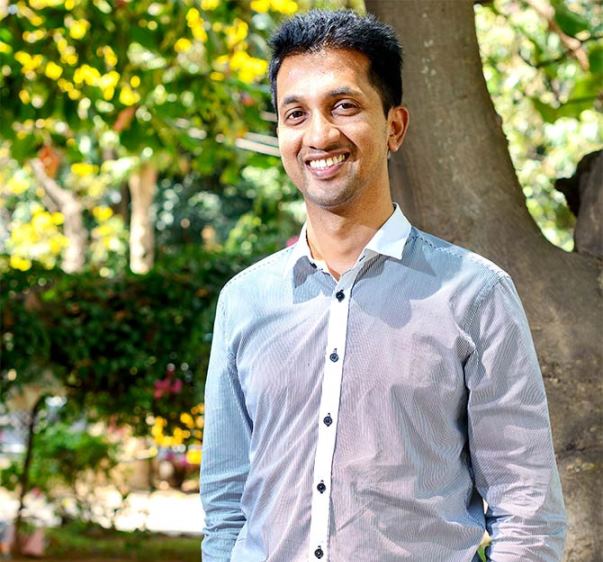 He took jobs with a few MNCs which took him to Ireland and Dubai. In his own words, a salary in lakhs back then was a lot (1995). He sent money home to his dad, to educate his sisters and help them get married. He married too, in 2000. However, things were becoming routine. He wanted to spend time with his parents and study further. So he came back home and decided to study business management from IIM Bangalore.

While he was still studying, he started a business of selling ready to eat dosa batter to retail stores. He started this business with his four cousins Abdul Nazer, Shamsudeen TK, Jafar TK and Noushad TA. Musthafa kept 50% of the share as he invested the first round of capital needed. He was only remotely managing this as he was still studying. Their target was to reach selling 100 packets of dosa batter on a daily basis. They reached the target in six months. A lesson to learn – never over-exceed your budgets. First ensure you can break even in a small area with small budgets before you go big. 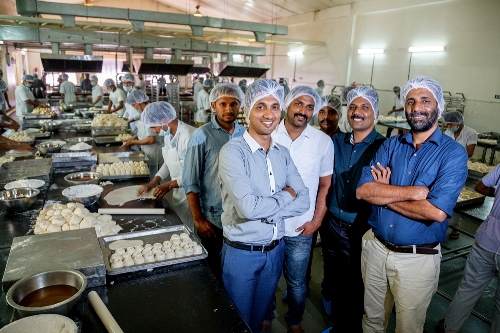 Once the initial milestone was met, iD Fresh Foods added more products. They expanded, buying bigger spaces and hiring staff. Musthafa invested 25 lakhs at one point and 40 lakhs later on. They decided to call the company iD for Idli Dosa, but also, for Identity. They wanted to be taken seriously as a fresh breakfast option. They added curd, other batters and various parathas to their range. In 2018, their investment stands at 4 crores and the turnover is at 100 crores. Musthafa ensured that he paid back the land that let him rise, by only hiring rural youth. The young people from the village also gain from this – a salary of Rs. 40,000 a month.

When they moved out of the south, iD Fresh foods faced some problems. They did not own the manufacturing plants there. So, ID Fresh Foods follows a partnership model in other cities, with a local manufacturing plant in each city. Each partner becomes a shareholder in the parent company. In 2013, they entered the Dubai market. Dubai sure has been craving good idlis and dosas badly! Because the company is just not able to meet the demands there!

In his address at Harvard Kennedy school, P C Musthafa spoke of his iD Fresh Foods journey in a unique way. He spoke about not giving up when solving business problems. His company wanted to help people have delicious vadas at home. But the shape and the batter consistency made it tricky to get it right. Eventually, they used common sense, to design a bottle which would pop out the batter in just the right  shape. It took them three years but they did not give up. This solution is what we would call “3-D printing” of vadas!

Secondly, he spoke of an ethical problem. He could have sold one of his products as a liquor accompaniment, but he did not do that as he does not want to support the liquor industry. That would have been easy, a shortcut, satisfying his financial needs at the moment. But he did not do it. Thirdly, he knew that packaged food is seen as unhealthy. To gain the trust of people, his company set up fridges in apartment complexes. Anyone could take the products and leave whatever amount they see fit, in the money box. ID fresh foods trusted their customers and so they gained their trust back.

What we learnt from P C Musthafa of iD Fresh Foods, is that you should start small, scale up slowly, build trust and not compromise on your principles – also, never give up solving business problems. You may just break the market with your solution!