Acts Of Kindness And Love At The Rio Olympics

While the Rio Olympics had its share of sexism and controversy, there were quite a few shining moments too. Moments of love, kindness and the celebration of human nature, were as prominent as that of sportsmanship. Here, we live a few moments again:

Sportswomanship and Kindness at the Olympics

Nikki Hamblin of New Zealand was just a little away from the finish line when she tumbled and fell face forward. In a chain reaction, Abbey d’Agostino of the US who was right behind her also fell. In a legendary action, she helped Nikki up and encouraged her to finish the race. Agostino, whose knee was injured in the collision, could not run. But she made sure that Nikki did. This gesture really took off and social media as everyone was reminded what the Olympic spirit is about. 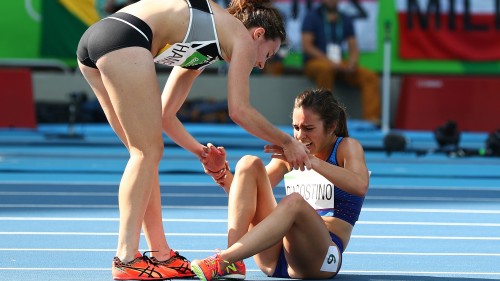 A Selfie for Togetherness

17-year-old Lee Eun-Ju of South Korea and Hong Un-Jong, 27, of North Korea created history by taking a selfie. They were chatting and practicing and they happened to click a picture together. Since political relations between the two countries are very hostile right now, the picture is being seen as a symbol of hope. This goes to show that sport can make people forget a lot of differences and see each other in a new light. 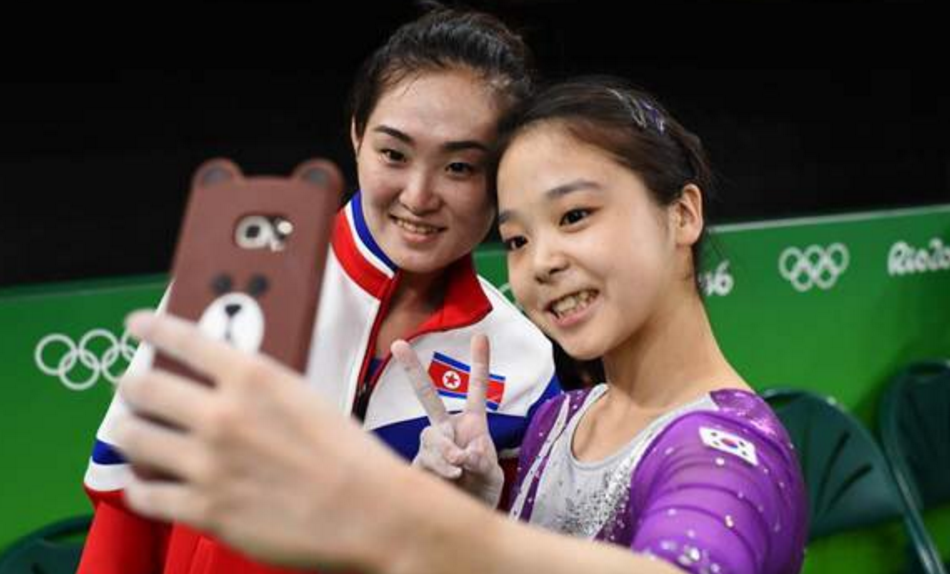 Love of a kind

While still struggling with excessive focus on hijabi players, this Olympics still made a mark when it comes to gender and queer rights. After the first ever women’s rugby match, Isadora Cerullo became the first person to receive a marriage proposal at the games. It was a memorable moment as stadium manager Marjorie Enya, grabbed a microphone and proposed. It was a victory for love, and showed that same sex love is as honest and warm as any other. They sealed the ceremony by tying a yellow ribbon.

In a first ever, there was an Olympics refugee team this time. It consisted of refugees from various countries. This is a hallmark event because amidst celebration, we must not forget that some parts of the world are still under turmoil and people are getting displaced. However, this was a hopeful reminder. It gave the refugees a sense of purpose as well as a platform to showcase their stories. Together, these refugees represented 21 million people. One of the most remarkable people of this team is Yusra Mardini. She is a swimmer from Syria. When escaping Syria, she and her sister saved about 17 – 18 people by tying a rope holding the boat to themselves. Thus, they were swimming till they reached safety. While she did not win, she plans to train and contest as a medal contender in the 2020 Olympics. 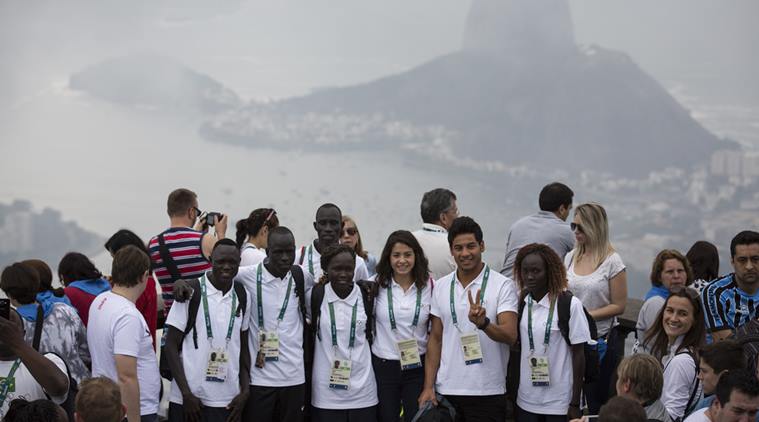 As stated by these instances, sportsmen and women are people first and athletes later. In these shining moments, they have shown us the struggles, cherishes and glories of being human, of being kind, loving and hardworking.