Drop Everything To Dine On Arabic Cuisine

Music and food are two things that bind people across cultures and continents. While one feeds the soul, the other feeds the soul and the stomach both. There is so much food out there that we haven’t tried and don’t know about. So we, here at curious Halt, made a halt at Arabic Cuisine. We heard some rumours about it being delish.  So, shall we?

The Arabic cuisine is an amalgamation of many cultures. It’s many, many countries, lot of conquests, many religions. When all of that amalgamates to be called “Arabic” or “Middle Eastern”, you have a fragrant, olive oil drenched, hearty cuisine. 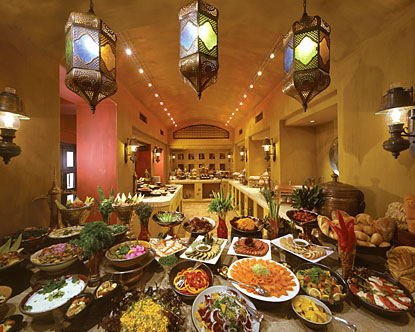 It is the Arabic counterpart of our humble Dal. It’s made with Fava Beans, oil and cumin. When serving, it’s served with olive oil, lemon juice, chopped onions and parsley as additions. Tried it, loved it, and could definitely get used to it.

The Fava bean strikes again and this time, it pairs up beautifully with chickpeas and creates this deep fried marvel, called falafel. It is either served in a pita pocket with sauces or just eaten plain vanilla, yum!

It is the Arabian cuisine’s version of Baingan Ka Bharta – smoky and delicious. There isn’t a better way of expressing it than to compare it with its Indian counterpart. It acts as a dip or a starter all by itself or even as an addition to other dishes. 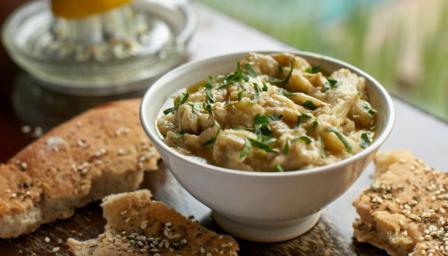 Another dip that is world famous. It is made with chickpeas, olive oil and lemon. This has won so many hearts, even aisles of supermarket stock it now.

It’s not just a dish but is a platter, instead. Mezze is served at the beginning of a meal as appetizer or with drinks, as something to munch on. It’s an assortment of many dishes like cheese, fruits, meat, stuffed leaves, seafood, salads and bread. In some countries, mezze can constitute an entire meal in itself and that is not very surprising, really. When it looks like this. 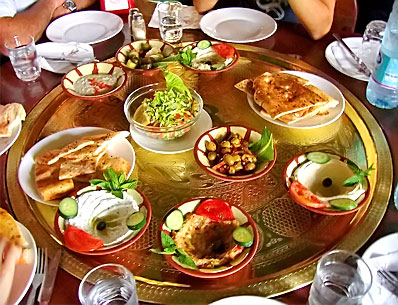 It is the Biryani of the Arabs, but the cooking technique differs greatly. It’s a dish cooked and served on special occasions like weddings, feasts and festivals. Tender goat or chicken is cooked in tandoor, till succulent. This dish owes its origins to Yemen, as far as the Mandi aspect of it is concerned.

We won’t be going too far if we said that kabsa is the national dish of Saudi Arabia. It you add rice, spiced with cardamom, cloves, bay leaves etc with the meat cooked in mandi tradition, you have kabsa.

This dish can be prepared with or without meat. Grape or cabbage leaves are stuffed with vegetables and meat. The filling also has rice and other nuts and spices according to the preparation.

It is a Turkish meat dish. Cubes of mutton or chicken are grilled on a skewer. The word, shish means skewer in Turkish. Today, this dish is popular all over the world and very few might not have heard of it. Who do we have to thank, The Arabian cuisine and globalization apparently.

Now, we shall see how sweet the cuisine is. Dessert time.

It is an exceedingly delicate dessert. It’s as simple as semolina (Suji) and syrup with the addition of pistachios or almonds and rosewater or orange flower water.

Kunafeh is a Palestinian pastry made with cheese, sugar, rose water and pistachios. The pastry is first cooked with hot butter and a layer of soft cheese is spread on top of it and it is later covered with another layer of pastry. All of this goodness, just before it’s done, is sprinkled or soaked in sugar syrup and rosewater. 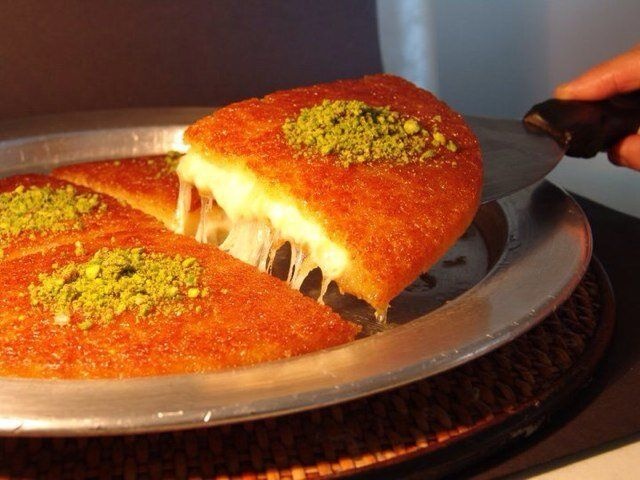 We all remember Narnia. We also remember the icy fingers offering a sweet to the innocent wanderer of a boy, in strange land. *sigh*. This Arabic sweet is a gel of starch and sugar flavoured with rose water, lemon or bergamot orange. To make it richer nuts are added as well. 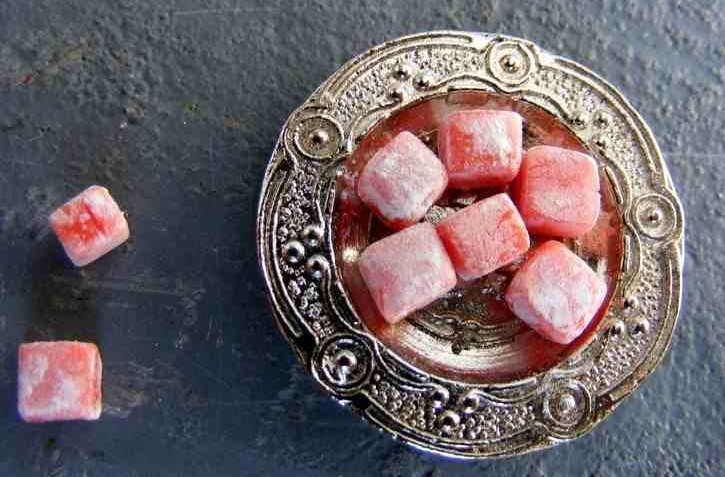 Now that we have reached such a tasty dessert, our Arabic cuisine cravings have been sort of satisfied. (For now). There are so many, many more dishes in Arabic cuisine that are just fantastic. With a sincere apology to all of them, here’s a big hug to Arabic cuisine. You are amazing.