Egypt – The Construction of Pyramid Part 2

Continuing with pyramid building, the first course of the outer facing had to be built carefully as it was the actual orientation of the monument. After the sketches drawn on papyri and the model substructures were made and tested, the actual building of the pyramid began. It was a transition between a smooth sided and a steep sided pyramid. The base was laid down with great precision and huge blocks of limestone were positioned.

The limestone blocks were very heavy and needed about 100-200 men to carry each block. All the limestone required for outer casting was sourced from Tura. I was assigned the task of sealing the lime blocks with plaster. Finally after 2 years, we completed the process of building the base. 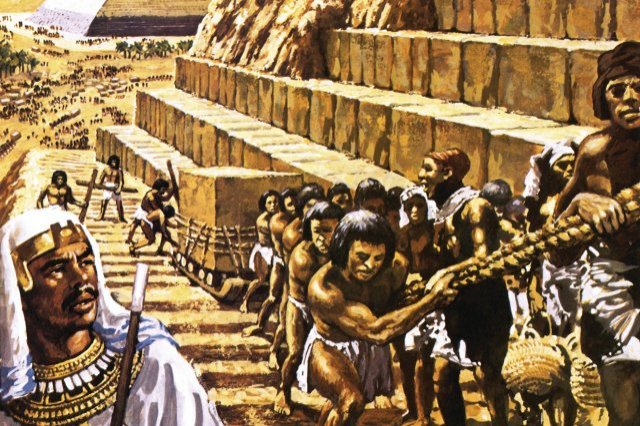 Even though, the task was tedious and we worked almost for 16-17 hours a day, we were contented. Coming back to my tent, I consumed some edible food, drank liquor and indulged in board games with the friends I made for life.

One night, at 2 a.m. I see a figure clad in black ushering into my tent and spoke “Fenuku, I am getting married to Set’s son next month. I don’t want this to happen but I have no say. Let’s elope, please.” I keep staring at Tahirah and all I can say “marry him. I can give you nothing.” She walks away teary eyed, cursing me and I, so desperately want to stop her but decided against it. Her happiness meant the world to me.

After a month, we are assigned the task of building the blocks of the pyramid. Dying and craving for rest, we weren’t granted any. We protested against this and our protest’s outcome was an increase in the working hours from 16 to 19. After the completion of the first step fairly quickly, we all got tired and decided that we had had enough. Anen, Dakiri and I planned an escapade.

We tried to cross the barred wires at 2 a.m. in the night. Anen escaped. I was almost out but unfortunately, my leg got scraped in the wire and I let out a piercing scream. That woke the guards up and they captured me and Dakiri and locked us up in a dark cell. Next morning the chief builder came and put us to work in the rock cutting sector. 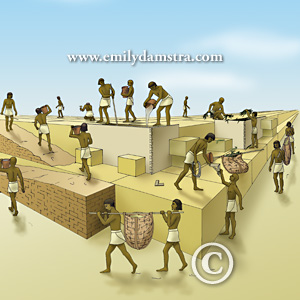 The rock cutting sector was supposed to be the most hated sector. A person had to work for more than 20 hours a day and it took about 3 days to cut out a block and about 700 blocks of rock were needed each day.

Sitting under the harsh sun, the multiple tan lines on my skin burnt further, measuring a cubit, I imagined my life until now. I never wanted this slave life. I wanted a sculptor and marry Tahirah. All I wanted in life was to make sculptures that the coming centuries would marvel. I promised myself that I would marry never in my life. An idea struck me, I would make a sculpture of Tahirah. Every night I would work for two hours on the sculpture of Tahirah. I would be fulfilling my dream this way. 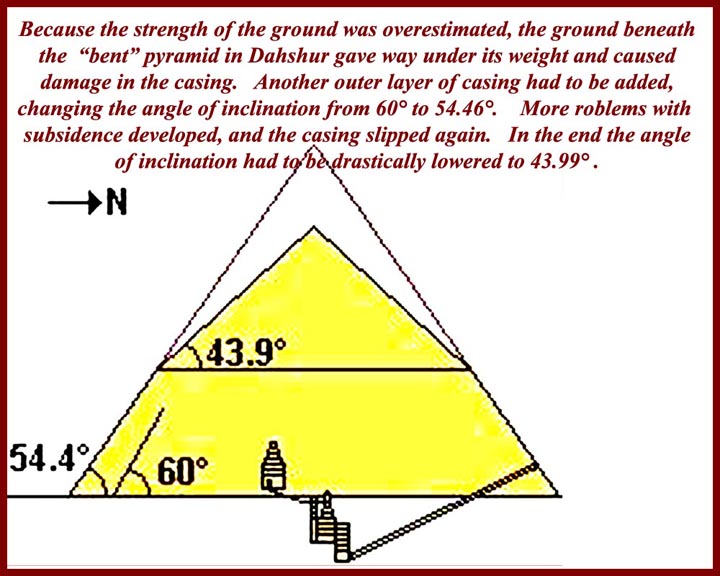 Change of Construction Design of the Pyramid

After building half of the pyramid, the chief architect suddenly changed angle from 54 to 43. The real reason for doing so was unknown. But it meant more work for the labourers. Changing the angle so drastically was a very risky move. Moreover, it was beyond the understanding of all slaves, architects and people there. Later a story unravelled that the king was not satisfied with the structure and wanted more inclination and slope in the pyramid so he blasted the chief architect and threw him out of work and appointed a new man for the task, Seti. The new chief architect decided to change the inclination so that the pyramid would appear better looking.