For Sarah, her faith in God was before all else. However for her boyfriend a great high and some trance music sufficed the same. They were living-in together for three years now. Every morning, he would wake up to Sara reciting biblical songs and went to bed hearing the holy prayer. Most of the time, Sara would wash and change him because he was usually not in a condition to do it himself.

They were as different as chalk and cheese. She was soft-spoken and humble; he was brash and rude. Sara was conservative and homely; whereas he was a daredevil. She recited psalms, he jammed to death metal. Sara went to the church, whereas his outings consisted of discotheques. She believed in her values and faith in God and he was an atheist.

Intense fights took place often as he tried to point out the flaws in Bible! He would also explain how smoking weed is completely natural and Shiv Ji’s legacy to the followers.

They never had because she believed pre-marital sex is a crime.

He also made valid arguments such as: If God was good to all, why did people have to survive in poverty? She retorted by saying “Just because a blind man can’t see the sunrise, doesn’t mean it doesn’t exist.” She outright refused to support homosexuals as she believed it was against what God had permitted humans to indulge in. He further argued that Eve was formed out of Adam’s rib which meant a man and a woman had the same chromosome xy, which meant that Eve was practically a man. It meant that the first every relationship was a homosexual one. After the whole debate, she still went back to her blind faith in Jesus. 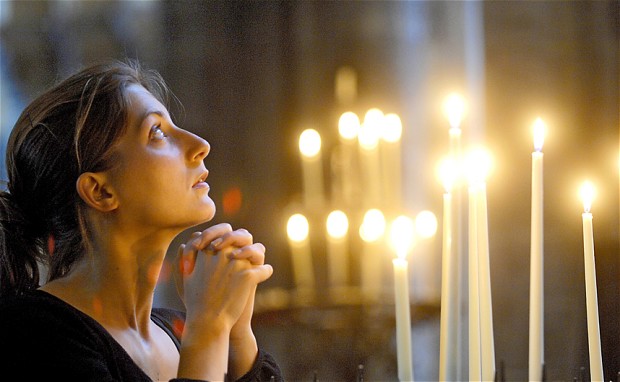 What made her faith so strong?

It was probably because praying made her feel as good as meditation did. It gave her a sense of calmness after the daily dose of screaming she directed towards him. Cleaning the church was like an escape from her daily life. Long conversations with the priests gave her solace. She knew she wasn’t meant to work as a retailer for the rest of her life.

She loved him, but her calling lay elsewhere. All she needed was courage to accept it. On a cloudy morning, she accepted that she was living in denial and wanted to find herself. She went on a quest for self-discovery which ultimately lead her to finding her nirvana.
It’s been 43 years since then and she is a very happy nun, looking after the underprivileged kids in St. Peters. She loves her job now. Devotion to God, fulfilling his duties and educating other about theist beliefs were some things she carried out with ultimate passion.

And, he, just waits outside to catch a glimpse of her and that’s his nirvana.