Short Story: Chai, With A Slice Of Life

Sweat dripped from his eyebrows, drenching his faded shirt as Alok sat down in the shade of a chai shop.

“Bhaiya, ek chai,” he said, wiping his brow with the sleeve of his shirt. He invited a second’s scrutiny from everyone around him and then no one noticed him. His heavy brown bag lay beside him, sharing his tiredness. He exhaled, letting the steam off. It sure was a hot day and he still had a lot of places to go.

He took the piping hot tea and set it aside. When he looked at his watch he realised that he had an hour before he had to set out. The scorching bright sun made him dismiss any idea of setting out earlier. He slowly started sipping his tea, immediately regretting his decision. “Lassi. People drink lassi when there is hellfire outside.” He muttered to himself, apparently quite audibly.  A customer nearby smiled at him. He smiled back, despite the aggression welling up inside him. 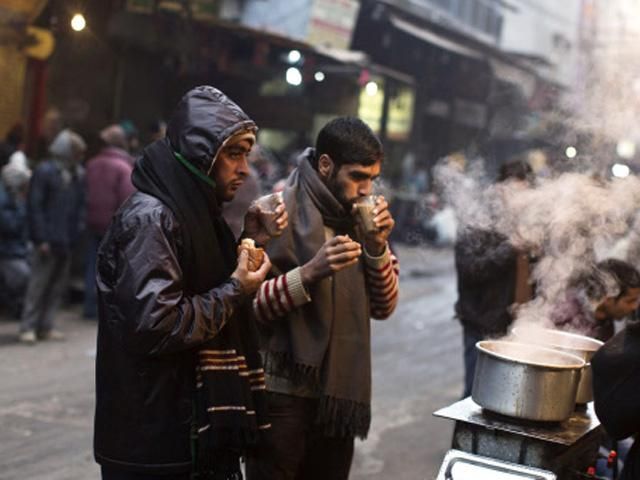 He nodded, surprised at someone willing to strike up a conversation in this hell.

Now that caught his attention.

“How did you know?” Alok asked.

“Shoes and tie and a briefcase that big, you won’t go unnoticed,” the man said.

“Well, good to know I at least look like I am looking for a job.”

“Where did you do your degree?” The man enquired.

“It’s a tough life and you just made it impossible for yourself to live. Father’s loaded?” The man asked, looking at him from over his glass.

“I would be wearing a white shirt that actually looked white if my father was,” Alok said, smiling at his reflection in the rainwater puddle at his feet, finding his answer for the extremely hot weather.

He lifted his chai glass up, cheering Alok and got up from his seat and sat next to him.

“Arts. How hard was it? Leaving ‘Arts’ in your resume and sticking to just ‘graduate”? The man asked.

“Not as hard as being jobless is though.”

“What do you think is wrong?” The man asked again, quite enjoying the conversation.

“Arts” The man said, looking at him eagerly now.

“Nothing, I just think we aren’t ready for Arts yet. We will be but till then, people like me stand no chance at a job, nonetheless, best years of my life, three years spent in degree” Alok said while gulping in his chai.

“A never ending one at that,” he said, raising his almost empty glass at him.

“Don’t worry, this job will be yours. Something tells me. Trust me, I have good instincts,” the man reassured.

“Do you?” Alok said, looking at him, half mocking him, as he drained his glass.

“Don’t give up. Even if you have to, don’t let others know you have given up. People just love crushing.” The man’s face took on this grave expression, as he said that, for a split second. It made him look like he was meditating.

Alok just looked at this strange man in his red shirt and his ridiculously bell bottomed jeans. Who could say, looking at him, he would actually make people happy? He then looked down at himself, in his tight faded shirt and suffocating tight trousers.. Instinctively he reached for his tie, loosening it. He looked like the very face of desperation.

“I need to get going. You never told me what you did,” he said, extending his hands, “Oh and I am Alok.”

“Subhash,” the man said, shaking his hands, “And, I am an arts graduate, just lost my job today to a Commerce graduate and came here to celebrate with chai and well, you gave me company.”

Alok just looked at him, smiled and took his heavy brown bag and left. He felt amazingly refreshed and rejuvenated. Remembering the joy he derived from his first typewriting job. Alok decided to go home. He had a book to write.