Since morning Adria had been busy with the preparations. She wouldn’t let anyone help her even a tad bit. Adria had to do it all by herself. She did not want to take the risk of trusting somebody else with the cooking. Her wait seemed never ending. It had turned evening but Kneel had not returned from work.

There was so much to look forward to in this dinner. There was special anniversary dinner for him. All his favorite dishes were sitting there; ready to be served. Roasted salmon and fennel with pistachio gremolata, glazed turkey tenderloin and grilled chicken breasts with green olive relish! What a menu was  set for tonight’s dinner. If that was not all then there was some crème brûlée for dessert too. 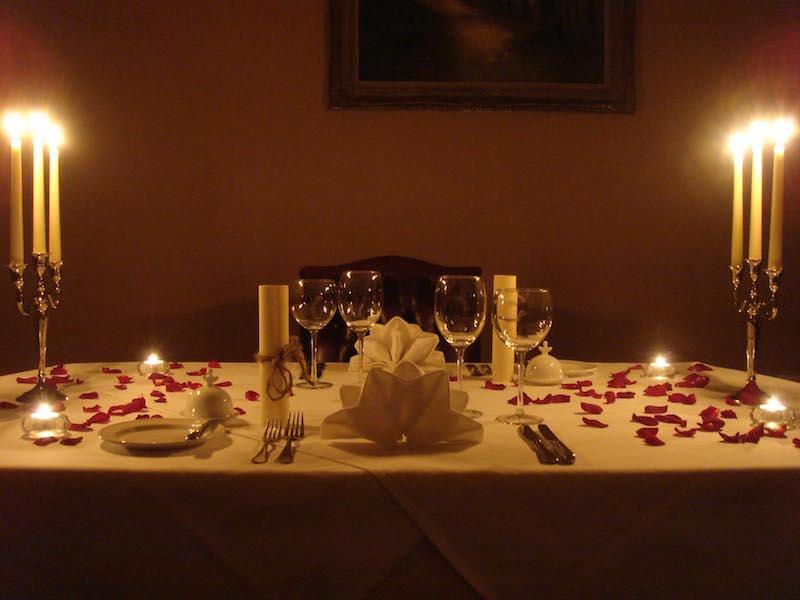 Adria had skipped work that day and gotten busy preparing this elaborate meal for her beloved husband. While she waited for him sitting on the couch her thoughts floated back to the day they met 10 years ago.

She was young and beautiful, a girl of twenty-three. He was a handsome and charming young man of twenty-six. They met at a friend’s party and it was love at first sight! The moment their eyes met, she had known that they belonged together. They enjoyed every bit of their four-year courtship, after which, they finally settled into connubial bliss. Their families fit together like pieces of a puzzle and everything seemed picture perfect.

Love blossomed between the two for all these years. Yes, they had their moments of anger, pain, disappointments and frustrations but none of those could break them apart. Their love was as strong as it could be and it was meant to be forever. She knew it in her heart. They were not like those young couples anymore – who would express their love at every possible chance and shower each other with gifts. They were mature and so was their love. It did not need expression through wild gestures and acts of romance. It was natural, and it was understood. They spoke to each other with their eyes. They had their moments now and then and they never ceased to amaze and surprise each other – him with his boyish charm and her with her feminine grace.

As she thought of these, a smile escaped her lips and now she waited even more eagerly for her husband to return home so she could hug him tight and tell him how much he meant to her.

About ten kilometers away from this house, in a small room of a small house, sat her husband. Beside him sat a young lady, perhaps in her early twenties. He now kissed her lips and said “I really have to leave now darling. My wife is waiting.”

Several minutes passed after this, and her wait grew impatient. She dialed his number quickly and it was received almost immediately. An unfamiliar voice said, “Are you a relative of…uhmm….Mr. Kneel….Brown?

I’m afraid he met with an accident and he is no more….” The rest of it, she did not wait to hear anymore.