The train had just begun to pull away from the station when the old man walked up the bench May was sitting on. He set his bag on the bench in between them, smiled at her and sat down.

May smiled back and went back to her book. Her train had been delayed by an hour and she had no choice but to wait for it. “Miss, is that Anne Frank you’re reading?” asked the old man. “Yes, The Diary of a Young Girl,” May said. “Good, good,” said the man. “Young people like you should read about her.” May smiled politely and went back to her book. She was not one for small talk and she hoped he wouldn’t talk to her anymore.

“I’ve met her, you know,”said the man. “What?” May exclaimed. “That’s impossible. How old are you?” she asked, as she scowled at him. The man laughed. “It’s alright if you don’t believe me,” he said. “I met her at the concentration camp when I was very young”.

“You’re lying,” said May as slammed her book shut. “There were no babies at those camps. The Nazi’s would’ve killed both mother and child on the spot. I know my Holocaust history.”

“But there were. My mother kept her pregnancy hidden from the guards. She gave birth to me on the floor of the concentration camp. The other women helped her keep the delivery and my very existence a secret until the camp was liberated five months after I was born.”

“How did you meet Anne?” asked May. “Growing up, my mother would often told me of a young girl named Anne in the barracks who would stand in front of her strategically to hide her belly. She would tell me stories of how Anne, then a sickly 15-year-old, would salvage morsels of food and insist that my mother eat it to keep me healthy. A practice she would continue even after I was born. Anne would also watch over me when mother was out working, and would hide me when the guards came to check.”

“Do you remember her face?” asked May. “Not at all,” said the man. “It wasn’t till I was 12 that my mother found out about Anne’s diary and recognized her as the girl from the barracks who had helped keep me alive”.

“Did you ever meet her father?” she asked. “No. I would beg my mother to go tell the authorities that we knew Anne. My mother would have nothing to do with that. She believed Anne was an angel sent to help us and that we could respect her memory only by not associating ourselves with her for fame or money”.

“Why are you telling me this then?” asked May. “My mother died ten years ago. I haven’t missed an opportunity to tell this story ever since,” he said, as he grinned. “Few believe me though,” he said. Just then a train pulled in. The old man got up and gathered his things. “It’s been lovely chatting with you, Miss. My train is here. I’m going to meet my daughter”.

“Now you’re going to tell me you named her Anne, aren’t you?” said May. The old man said nothing. He sighed, smiled at her, and turned to walk towards his train. “Well? Is her name Anne?” May called out to him from the bench. The old man did not turn back to respond. 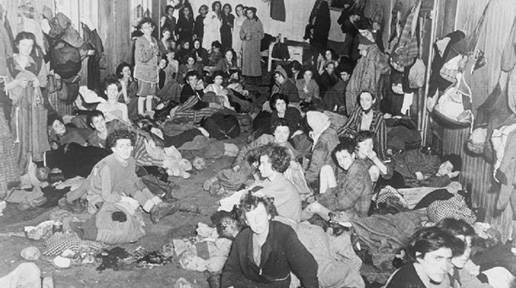