I was not a ‘normal’ kid. The world always moved slowly for me. But I wonder sometimes, if that is such a bad thing. I saw the flowers as they swayed in the wind, or the butterfly going from one to the other, filling up her stock. From the beginning, I was slow. I was slow enough to notice as the clouds made their way across the sky, or while the rain slid down my window. The other boys of my age were already beating each other up, and soon they would be snorting drugs. Did they want to? Probably not. That’s the fallacy of a normal mind. Normal sticks to you more than any other label, and you do stuff simply out of conformity. If you ask me, that’s a more pathetic existence. 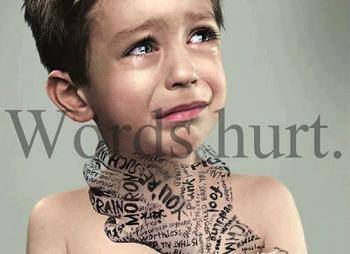 Since I am the ‘retard’ anyway, no additional problems if I decide to think through. And I take my time to do that. When I was a child, I really wanted to do all my work like my elder brother used to. He would apply peanut butter to his bread in less than ten seconds. Whoa! I wanted to do that so bad. But each time I tried, I would take at least 50 seconds or a minute. I was let down because of that.

My mother came for my rescue and told me this, “So he applies it faster, and you slower. But you take longer and enjoy the task. For him, it’s mechanical and he does not even taste it well when he eats it. The result is the same – food. But the way you do it is slow, yet meaningful and mindful’. That changed a lot for me. I stopped trying to be normal.

What was the point? Even those who were normal did not seem to enjoy it. And apart from the security of normality, what did it give them? Sure, they could make a few jokes on people like me who had Down Syndrome, and use it as a label for their friends who weren’t as witty or extroverted. My mother never gave up on me. She explored the frontiers of what was possible, and she worked really hard to make sure that I didn’t just ‘survive’ but lived. It was a long and tough journey.

From boy to man, the biggest thing I have fought is not stigma, but self-doubt. I turn 40 today. I take care of myself completely now, and my wife. Today, I am a small businessman with a modest income. My employees are happy, well-rested and creative. I tried getting a job, but it was too mainstream for me (pun intended). I’m glad I didn’t get any. My prospective employers’ prejudice helped my own creative and entrepreneurial pursuits.

Whenever I feel compelled to feel bad for myself for being at the periphery of the rat race, I think of peanut butter. Most people in the race would not know if you substituted their peanut butter for saw dust. But I, I like to have my peanut butter, and eat it too.