Priya had moved on from cotton, unpaded bra to wired fancy lacy ones. She had moved from chilled beers to flavoured Daiquiris, Appletinis etc. Priya had started focusing more on eye make up and subtle lip colours from the loud blush on and strong perfumes. She had learnt to make a bun on her hair and trim her nails to a length which is manageable unlike where lifting a spoon would also be a threat to the nails.

The yet another growing phase for Priya

Her reads had moved away from Sidney Sheldon to biographies, non fiction and sorts. She had started drinking luke warm water in the office. Also, she would go for walks in the evening. She had started keeping time for her breakfast, lunch and dinner. On more than one occasion, Priya was found resisting chocolates, sweets, rice, meat and opting for salad instead. She could no more laugh at a slapstick Bollywood movie and it needed a “Hangover” to kindle her giggles.

Priya was now in the wrong side of 20s. Still single and in search of her Real Man. Many of Priya’s friends had begun to get married one after the other. She was not worried about her singlehood. What was bothering her was now that her friends would get busy with their married lives, leaving little time for her. 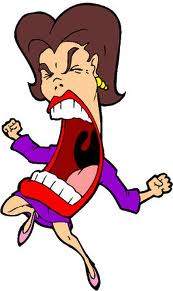 One night Priya was catching up for dinner with an old flame. She was not too keen on meeting but after repeated requests she did agree. Unfortunately, on the dinner evening, Priya was in a very weird mood – restless and impatient.

The old flame named Mohesh was late by just 10 minutes and Priya ended up calling him thrice to find out where he was. Priya had always made fun of Mohesh’s name. She would say, whoever named you was busy using her mouth while naming you that’s why instead of Mahesh it is Mohesh.

Mohesh was kind of tall, broad framed and good looking. He met Priya’s basic criteria of looks and intelligence. Why did they get separated? Priya did not have an answer. Just that she suddenly lost interest in him. May be other greener pastures were available then.

The New Headturner In Town

When Mohesh arrived, Priya’s jaw dropped virtually. She could not believe what she was seeing. Mohesh appeared taller than what she remembered. His wet look hair was set to show volume. He was wearing a body fitting shirt and dark blue denims. His clothes revealed his muscular body which also was a new development. He had the attitude and the looks to make every girl’s head turn. As he walked his muscles also moved distinctly.

Priya could not take her eyes off from his lower torso as he was approaching her. She was staring at his long muscular legs and trying harder to remember were the same before. As Mohesh came closer, his torso was right in front of Priya’s eyes. She remembered him naked on bed and was suddenly turned on imagining the sight.