Making Of The Pyramid While Falling In Love

On a sunny April night, Naunet screamed in labour which seemed to ring through all of Dahshur. The first baby didn’t create much hassle to come out. But the next baby took three extra hours to come out. Finally at 9 pm, both the babies lay in the crib, wrapped in green shawls in the shadow of the newly constructed pyramid. The proud parents, Naunet and Sebak named the twins Fadil and Fenuku which meant “generous” and “born late” respectively. 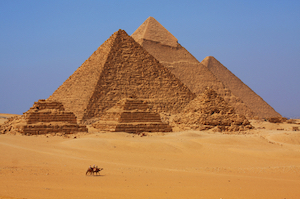 I am Fenuku, born to a slave family in Egypt. My father, Sebak became a slave by default as my grandfather, Lisimba was indebted to the pharaoh. Though he was well off, he had borrowed heavily from Sneferu, the pharaoh. He could never pay back the debts and unfortunately became a slave.

We constitute the lowest level of the social pyramid. Though we weren’t persecuted as presumed, we definitely weren’t as happy as the other classes. However, slaves could climb up the rungs of the ladder if they had skills and talent.

My life around the pyramid in a flashback

From the tender age of 12, I was sent to work. First I worked as a gardener and after 3 yeats I began to work as a servant in the palace. Love has strange ways and so it happened to me as well. In the palace I first saw her, Tahirah. Her eyebrows were like the wisps night and her hair was the night itself. The mischievous eyes always had some story to tell. I had spoken to her just once but often stole glances and she responded with a smile. My bad luck that she belonged to the highest class of nobles while I was not even fit to call myself a commoner.

After six years when I was 21, Pharaoh Snefru ordered the building of his second pyramid at Dahshur after the collapse of his first pyramid at Meidum. The appointed builder, Jamila, apparently needed more labourers. I, along with several other young boys were sent to the royal necropolis of Dahshur. The task of building a pyramid was actually tedious. All the responsibility fell on the visor that first planned out the structure of the pyramid on the papyrus. 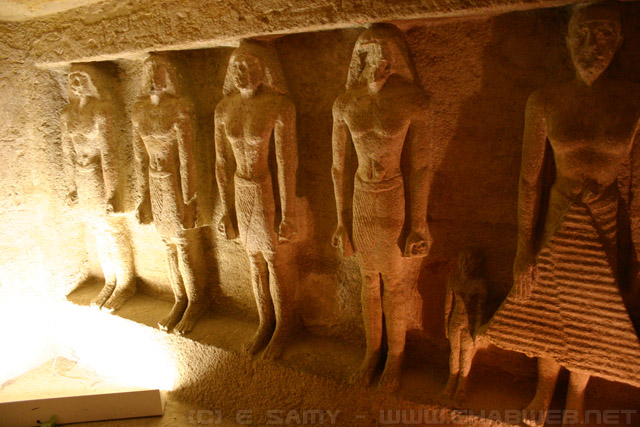 Construction of a Pyramid

The process of building the pyramid started with building of the chamber in which the Pharaoh’s dead body was to be laid. It was built 25 feet under the ground and we had to perform the tiring task of digging the sarcophagus of the pharaoh.

Across the underground chamber, we built chambers which would serve as a royal palace for the pharaoh after death. The plan proposed building of two tombs. I was given the task of building the tomb where the body of the pharaoh would be placed. Some other workers worked on the tomb where his organs would be kept. While digging the tomb, I hurt my leg with a shovel. Helping me get up was someone who would be my friend for the rest of my life, Anen.

Anen was a noble once, but he fell in love with the Pharaoh’s daughter and got caught. His love costed him his noble status and he was banished from the kingdom for 4 years! Somewhere during this time he was picked up to be sold for slavery and here he lands with me into the construction of a pyramid!

Mechanism of making the pyramid

Continuing with pyramid building, the first course of the outer facing had to be built carefully as it was the actual orientation of the monument. After the sketches drawn on papyri and the model substructures were made and tested, the actual building of the pyramid began.

It was a transition between a smooth sided and a steep sided pyramid. The base was laid down with great precision and huge blocks of limestone were positioned. The limestone blocks were very heavy and needed about 100-200 men to carry each block. All the limestone required for the outer casting was sourced from Tura. I was assigned the task of sealing the limeblocks with plaster. After 2 long years, we finished the process of building the base.

Love came and knocked the door

Even though the task was tedious and we worked almost for 16-17 hours a day, we were content. Coming back to my tent, I consumed some edible food, drank liquor and indulged in board games with the friends I made for life. One night, at 2 AM, I saw a figure clad in black entering my tent who spoke “Fenuku, I am getting married to Set’s son next month. I don’t want this to happen but I have no say. Let’s elope, please!” I kept staring at Tahirah and all I could say was, “Marry him, I can give you nothing.” She walked away teary eyed, cursing me. I so desperately wanted to stop her but decided against it. Her happiness meant the world to me.

After a month, we are assigned the task of building the blocks of the pyramid. Dying of thirst and craving for rest, we weren’t granted any. We protested against this and our protest’s outcome was an increase in the working hours from 16 to 19. After the completion of the first step fairly quickly, we all got tired and decided that we had had enough.

Anen, Dakiri and I planned an escapade. We tried to cross the barbed wires in the night. Anen escaped. I was almost out but unfortunately, my leg got caught in the wire! I let out a piercing scream that woke up the guards and we were arrested! Next morning the chief builder came and put us to work in the rock cutting sector.

Rock cutting sector – Most Hated One!

The rock cutting sector was supposed to be the most hated sector. A person had to work for more than 20 hours a day! It took about 3 days to cut out a block and about 700 blocks of rock were needed each day. Sitting under the harsh sun, the multiple tan lines on my skin burning further, I contemplated my life.

I never wanted to be a slave. What I wanted was to become a sculptor and marry Tahirah. All I wanted in life was to make sculptures that the coming centuries would marvel at. I promised myself that I would not marry. An idea struck me. I would make a sculpture of Tahirah. Every night I would work for two hours on the sculpture that way I will have something to look forward to every night. 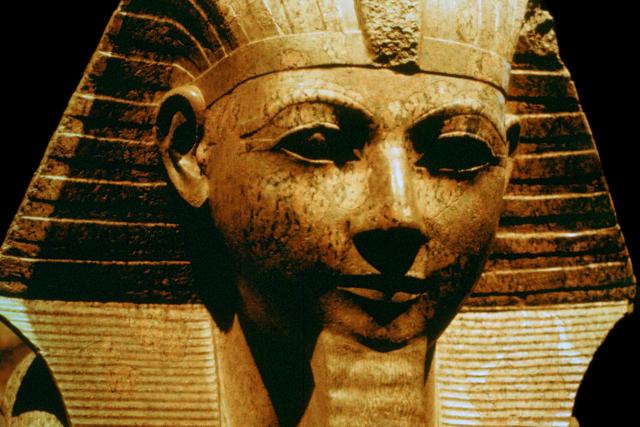 After building half of the pyramid, the chief architect suddenly changed the angle from 54º to 43º. The real reason for doing so was unknown. But it meant more work for the labourers. Changing the angle so drastically was a very risky move. Moreover, it was beyond the understanding of all slaves and architects.

Rest was only a mirage

Now he was in a hurry to get the work completed as a lot of time was wasted already. So, they increased our labour more along with our working hours. We worked at a faster pace with less rest and breaks. Thus, everybody started falling sick. Over 100 labourers died of hunger and tiredness in the first month itself. The work progressed fast but the structure somehow didn’t look proper. It looked weirdly bent. But nevertheless, the work on the pyramid continued.

After five tiring years of hard labour, rock cutting, perseverance, skipping meals, falling sick every second week and seeing your colleagues die, we were elated when Ubaid finally laid the last stone on the top of the pyramid and sealed it. Along with that my sculpture of Tahirah was also ready. All I wanted to do is go and meet her. Not wasting time to stay back and listen to the pharaoh’s feedback, I rushed to Meidum, where Tahirah resided now.

If only I could have it my way

All I faced in the next two months of my life is disappointment. I knew she would be married to Adom. But seeing her in a garden, with her two kids left me heartbroken for some reason. To console myself I thought that be happy for she has everything that I would not have been able to give her anyway. Lost in my grief and consoling thought, I just walk back into the path, barefooted and the heat scalding the soles of my feet. A day later, I came to know that the king has rejected the pyramid due to its bent shape and weird structure and ordered the building of a new structure!