Short Story: Fate Has Its Own Ways Of Making Its Presence Felt

For all of his 27 years, Vinay had loudly and vociferously advocated that there was absolutely no substitute for hard work, however deep within he felt that his marriage might change his fate and that would be a luxury to live with.

Anaya and Vinay got married in a simple traditional ceremony. It was an arranged marriage, but they had instantly fallen for each other after their first meeting. Idealistic and hard working, the husband and wife were a perfect match for each other. But fate worked in mysterious ways.

When Vinay returned to work the next day after his wedding, he was in for a surprise. On his desk was a white envelope with his name written in black marker. Slightly scared and slightly excited, he sat down and looked at it for a good two minutes. Taking a deep breath, he took the envelope in his hands. Heartbeat thudding, he opened it to find a letter. “Promotion! This is unbelievable. I must call Anaya now thought Vinay. Just then, his boss called him to discuss his promotion further.

This was a surprise because Vinay hadn’t been up for a promotion. Nevertheless, he was happy and so was Anaya when he called her to tell her the news. An hour later, his stockbroker called him to let him know that he had earned massive returns on the three companies he has invested in.

“What is happening to me? How is my fate turning all of a sudden?”

A perplexed but excited Vinay headed home. He was on the train to Dadar when his phone rang. The Harley Davidson showroom near his home had picked a lucky draw winner. They were pleased to inform him that he was the lucky winner! Stunned by the series of events that occurred during the day he decided to not call Anaya anymore. Instead he would see her directly in person at home. 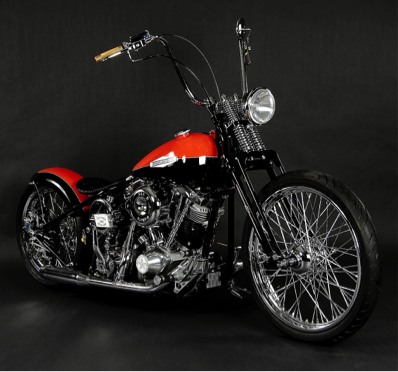 He walked towards the Harley Davidson showroom and went in. After showing his license and verifying his name and other details, they handed him the bike. Just like that. Helmet on his head, surprise on his face and a storm of confusion in his mind, he headed home.

Had his fate changed really?

He rang the bell to his apartment, but Anaya did not open the door. “Of all the days, today is the day I decided to forget my house key,” Vinay muttered to himself. He rang the doorbell repeatedly but there was no answer.

Tired waiting, he decided to unlatch it from inside with a little twist of his arm. But to his surprise the door wasn’t locked! He pushed the door open with an uneasy feeling. The moment he stepped in, he knew something was wrong. Where were the TV and the new bluetooth speakers he had bought? Fridge was gone and so was the washing machine. Frantically he walked around the apartment and found every expensive electronic goods, silverware from kitchen and cash from the wedding was missing from the locker. Before he could gather himself to check more loses his mind asked him “Where is Anaya?” She was missing and so was her clothes and jewellery!